FOB!A is a series of 39 vector pieces where I explore fear as the main force of creation and, in turn, of identity formation.
In this work I considered the computer as the only resource of work, seen from its constitution in hardware and software, to understand it as a symbolic parallelism with the body and mind constitution. For this process I proposed several work sessions, where I was previously induced to situations that generated fear, and then I used that force in the construction of the images that would result from my state of mind. Finally and as a relief of these sessions, I wrote short texts that accompany each piece. 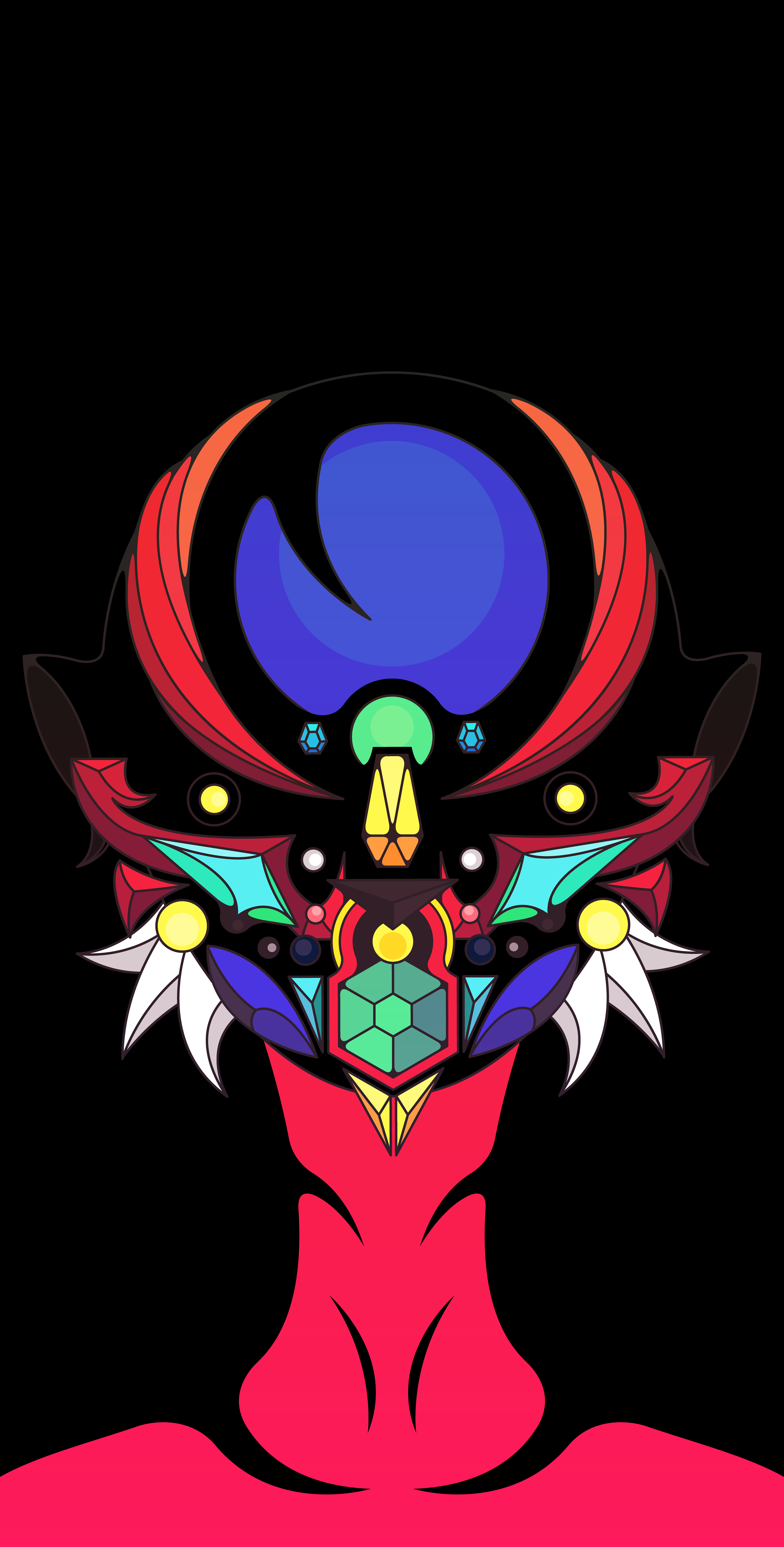 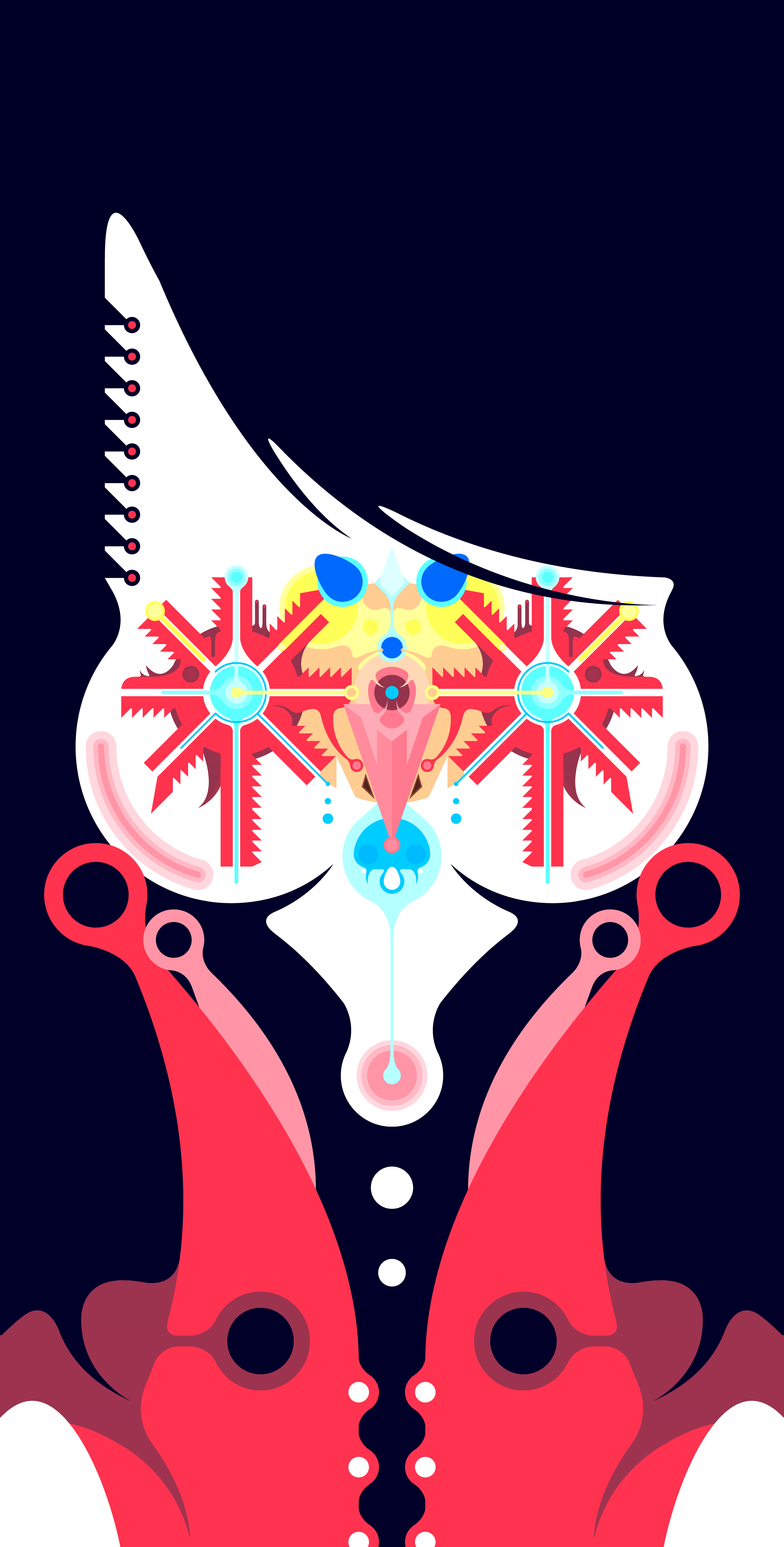 M34
You must never trust anything,
do not settle on anything
because you must understand
that none is your place.
Uncomfortable.
Stains that will not expire
not with a million words thrown.
Aggressive steps that announce the punishment,
crack the wood,
the beast roars.
Minimize. 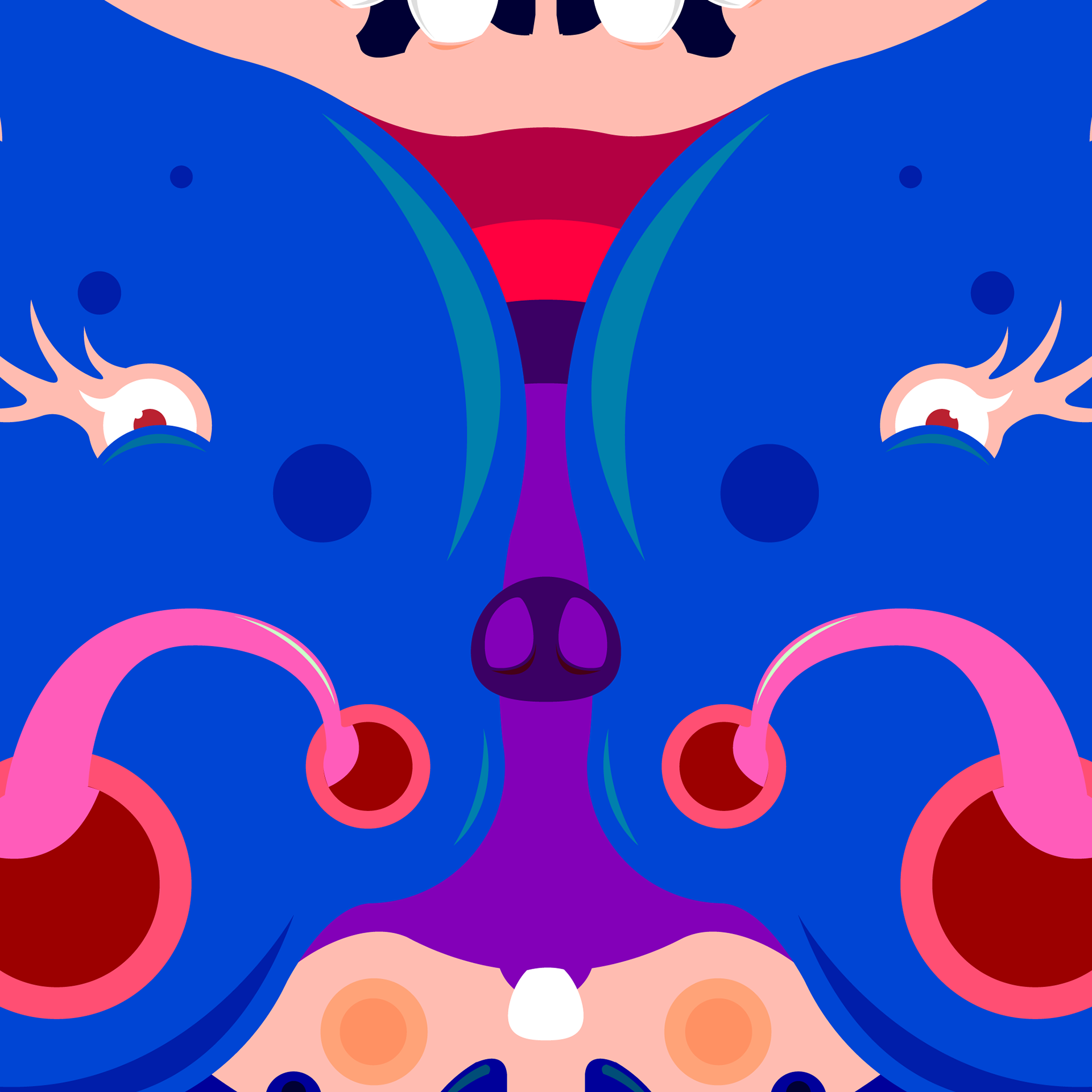 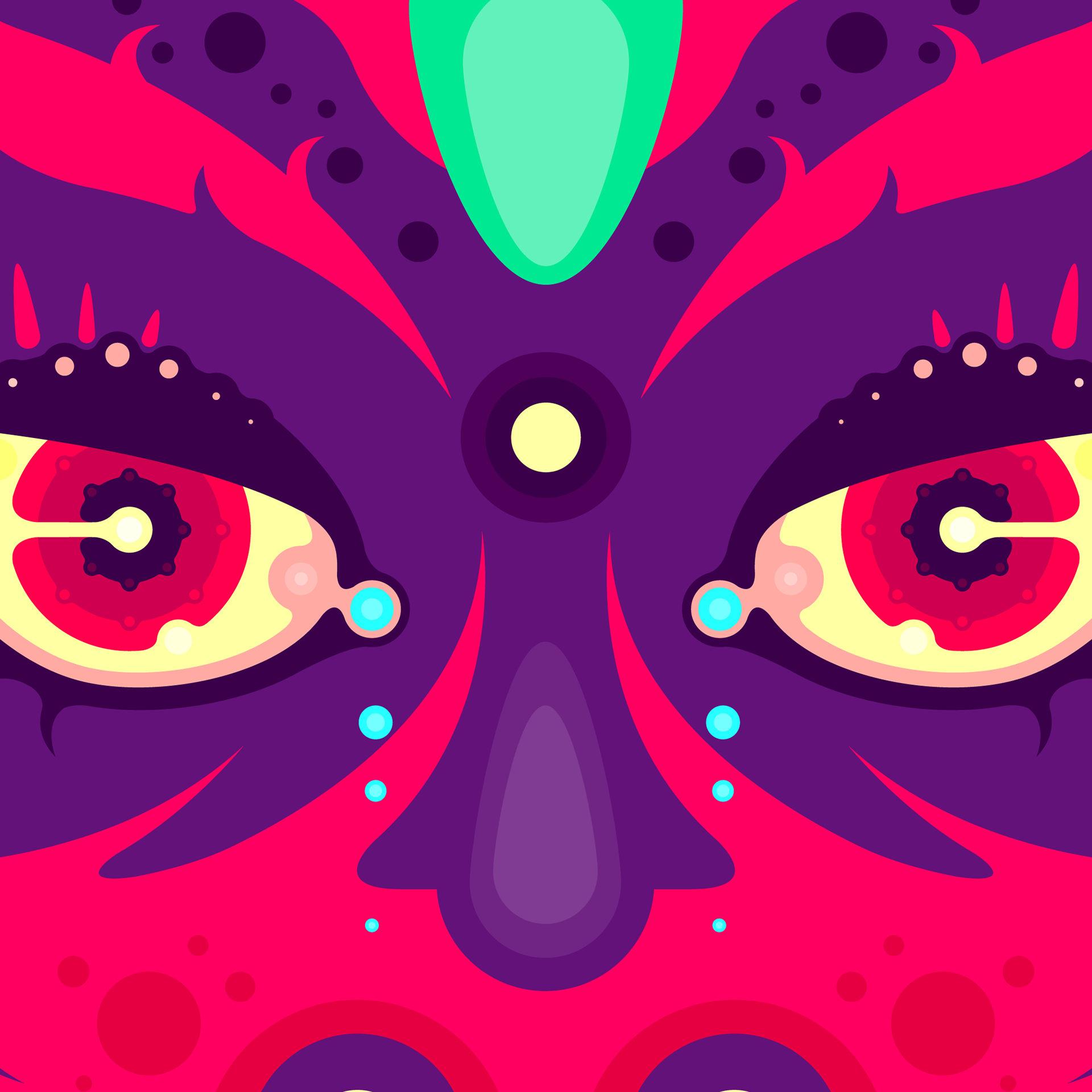 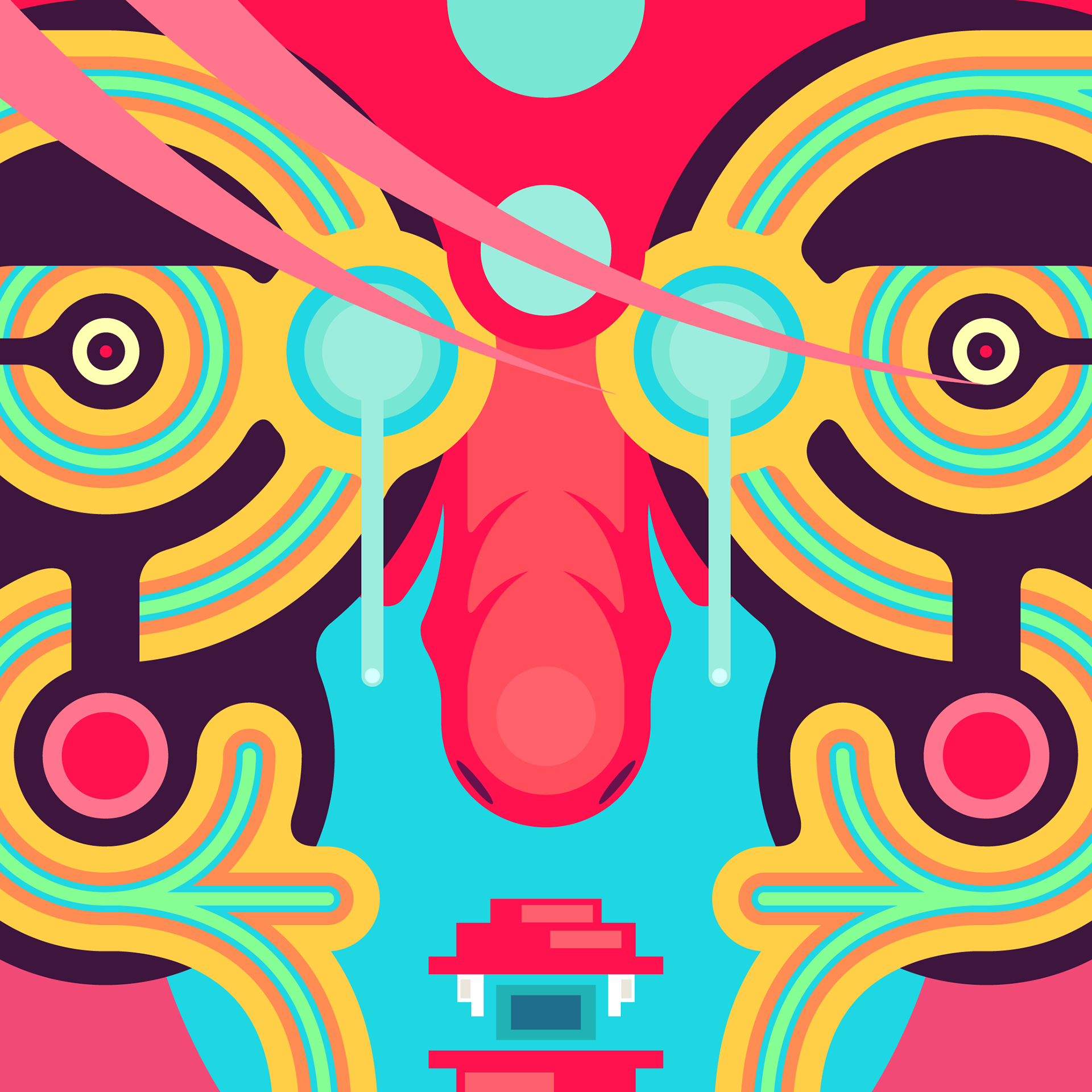 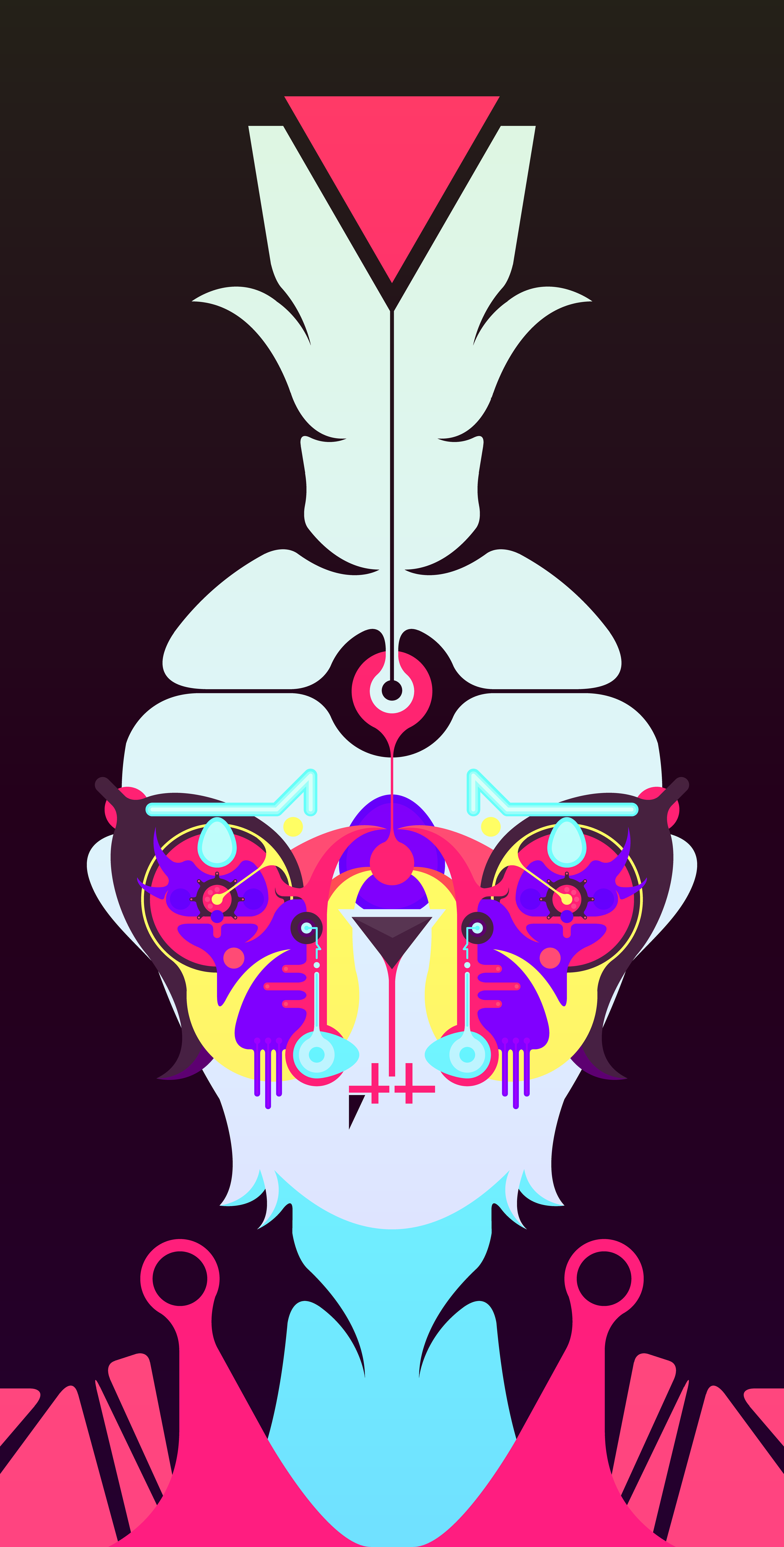 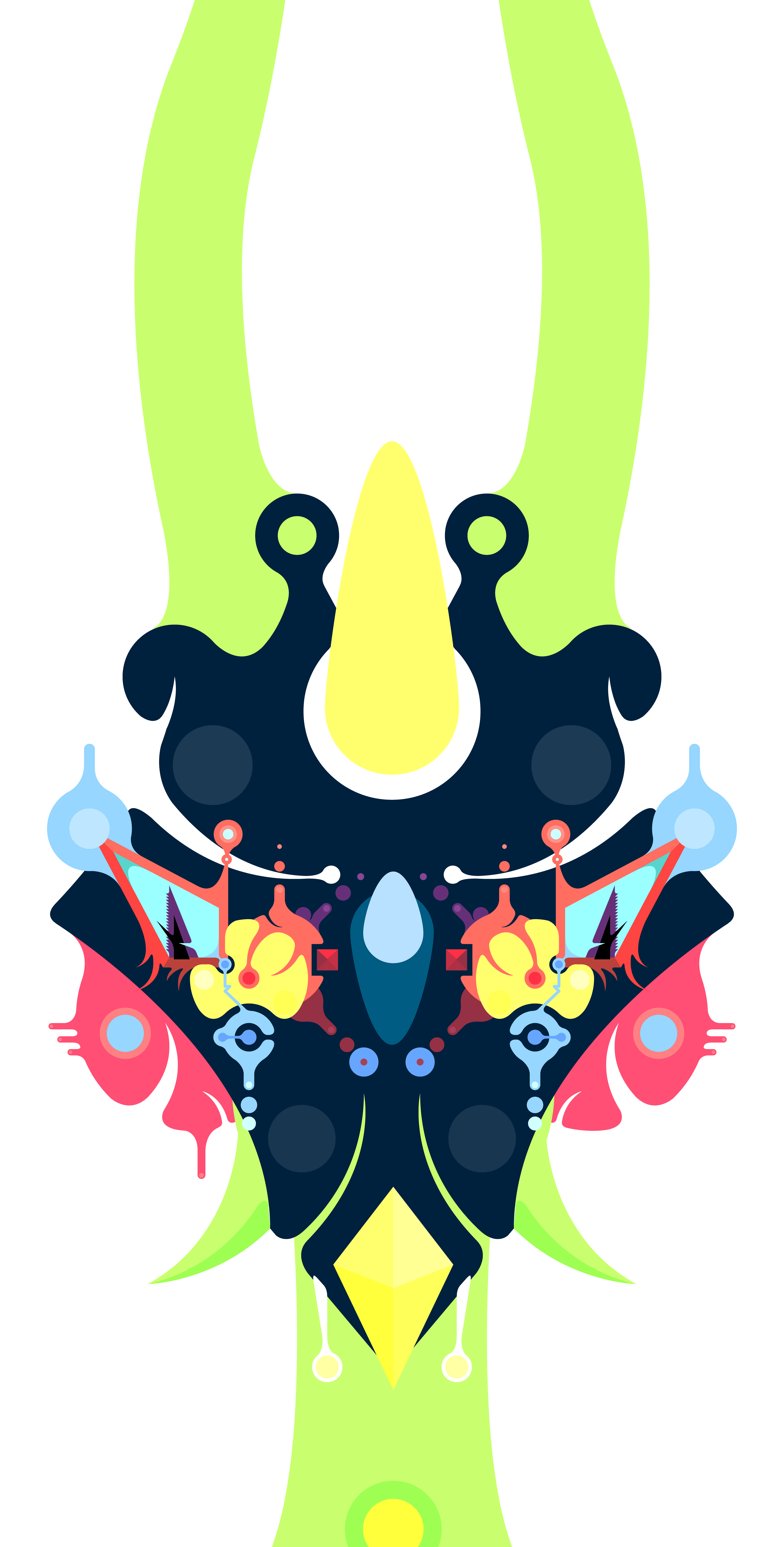 How fear molds identity and consequently, how it manifests itself in the body. 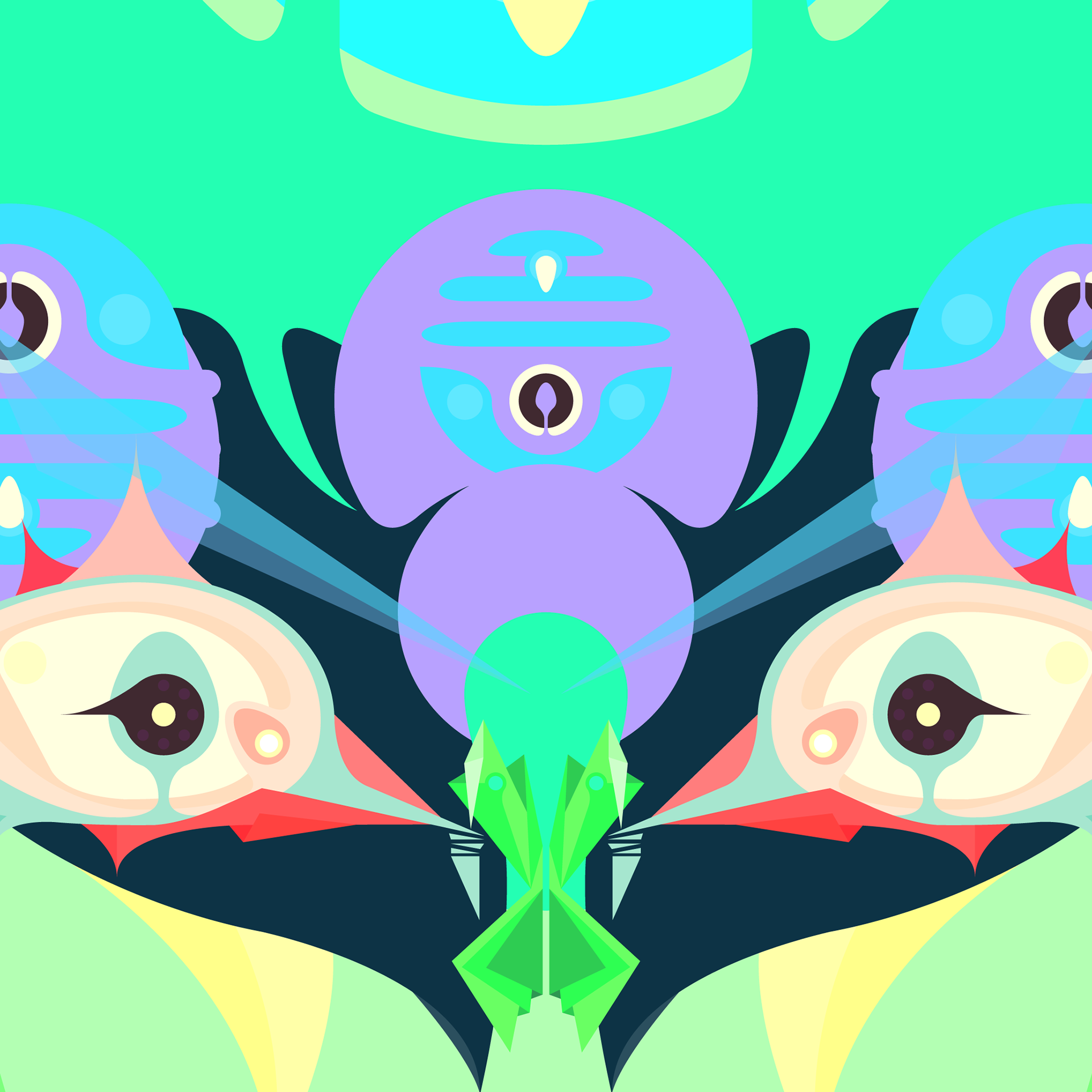 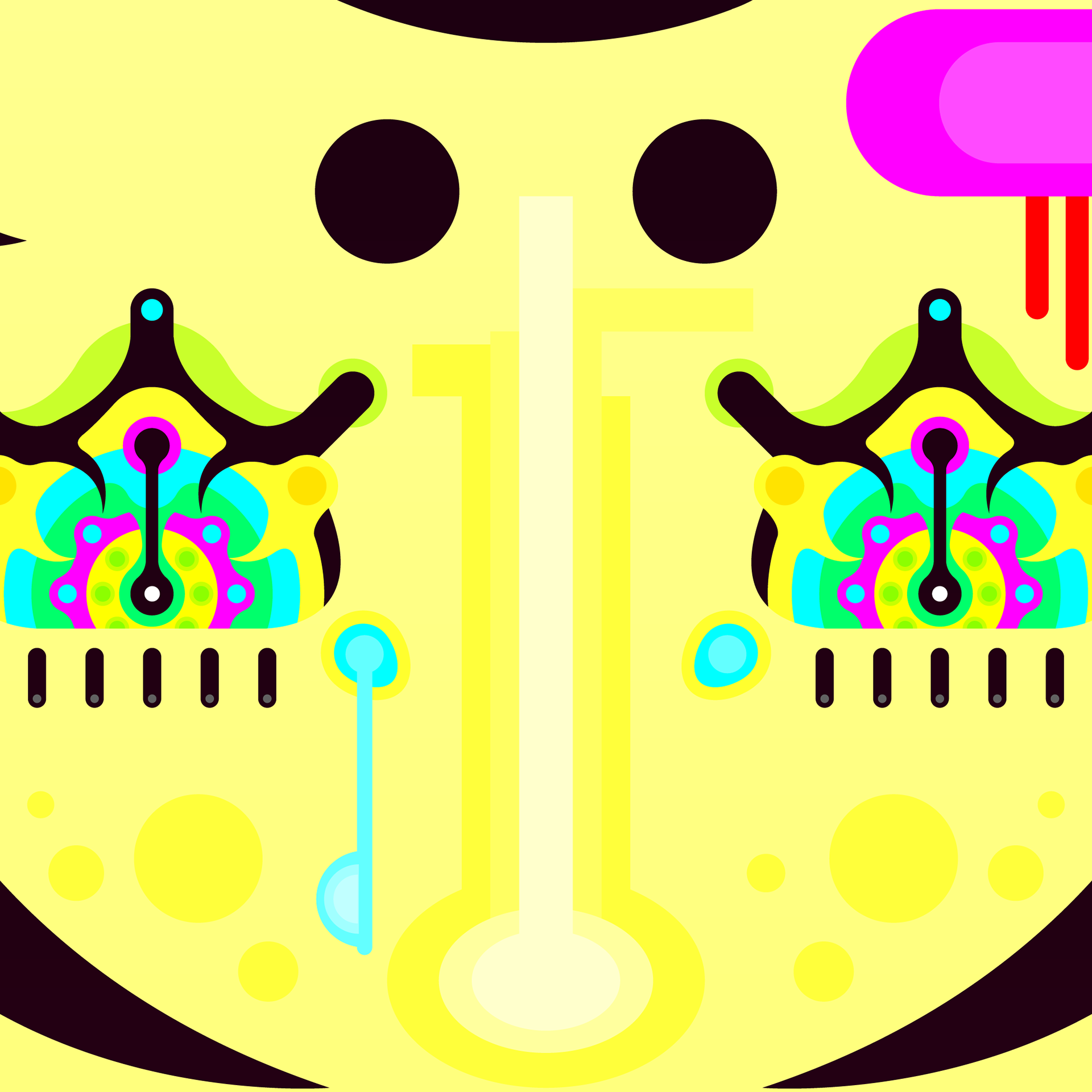 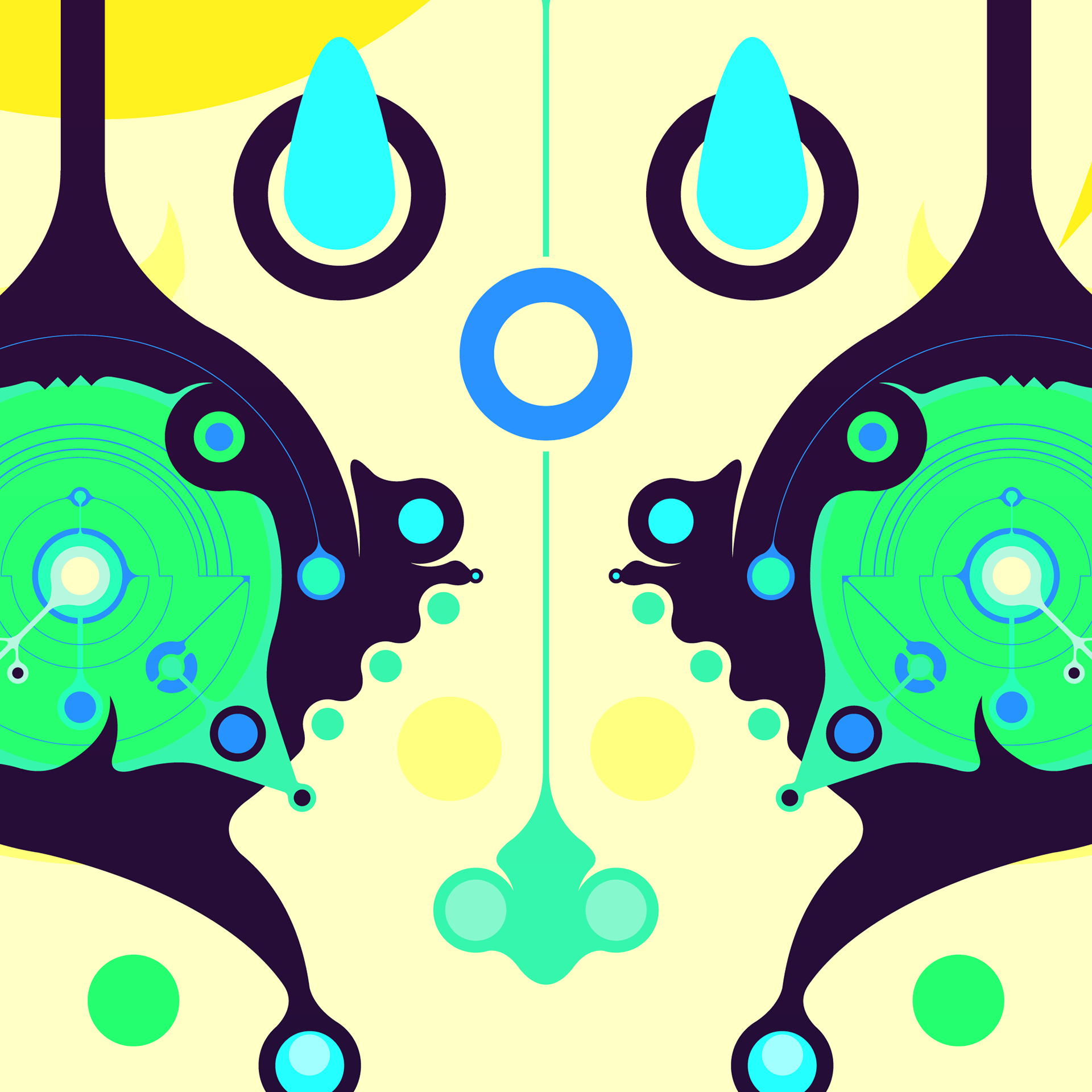 Mind symbolized as software
and body as hardware in a relationship:
man – computer.
Fear as force. 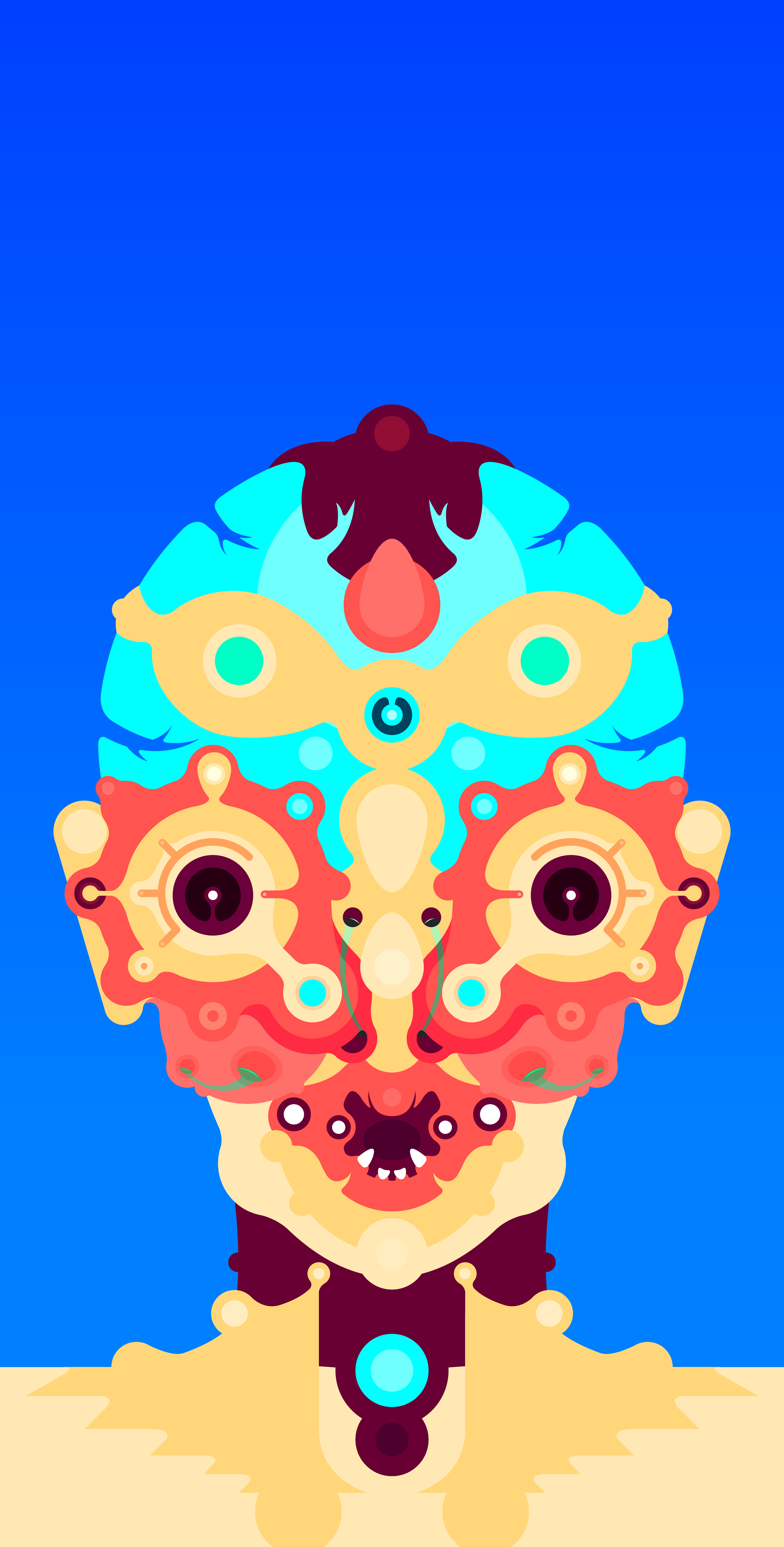 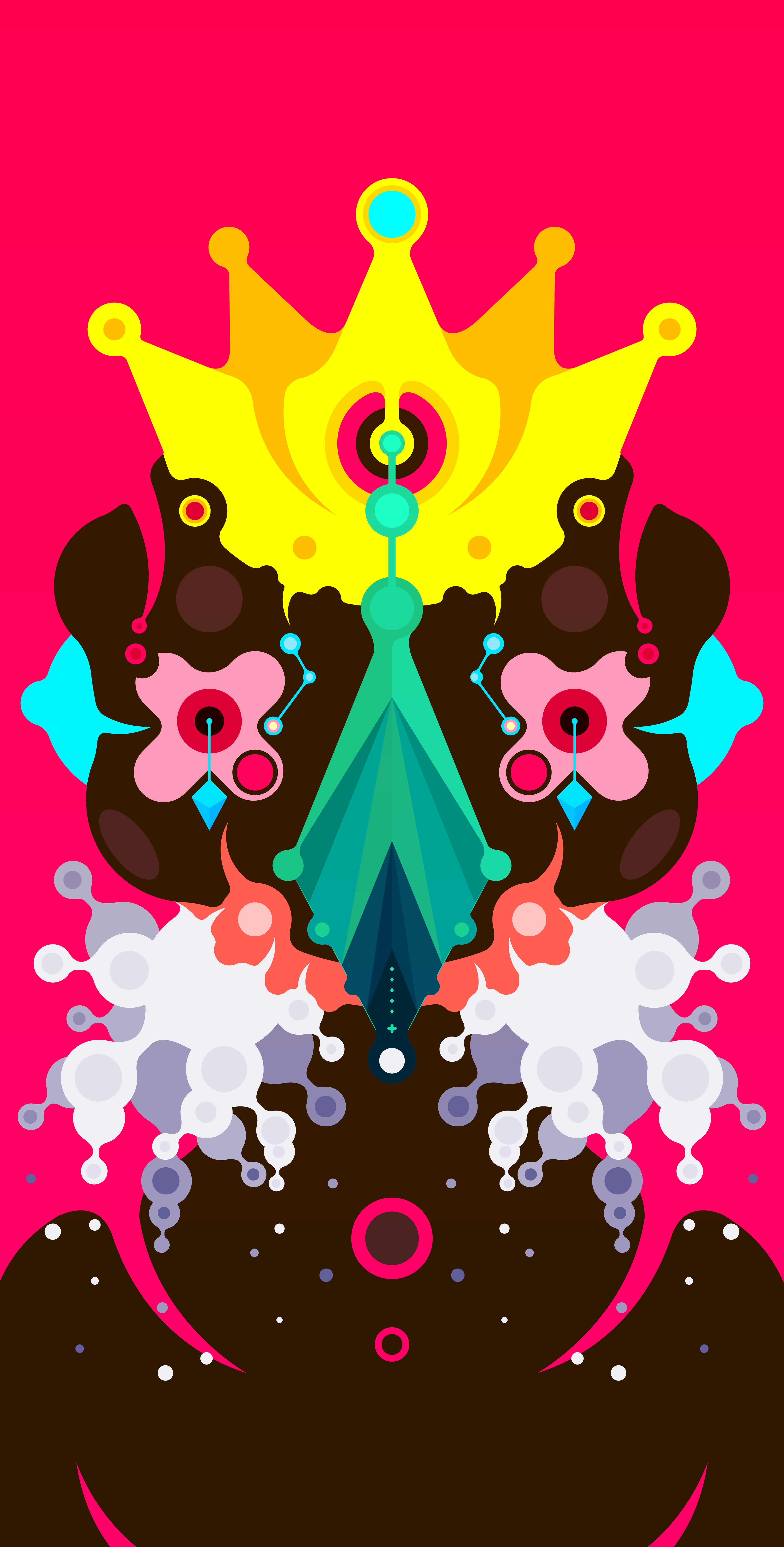 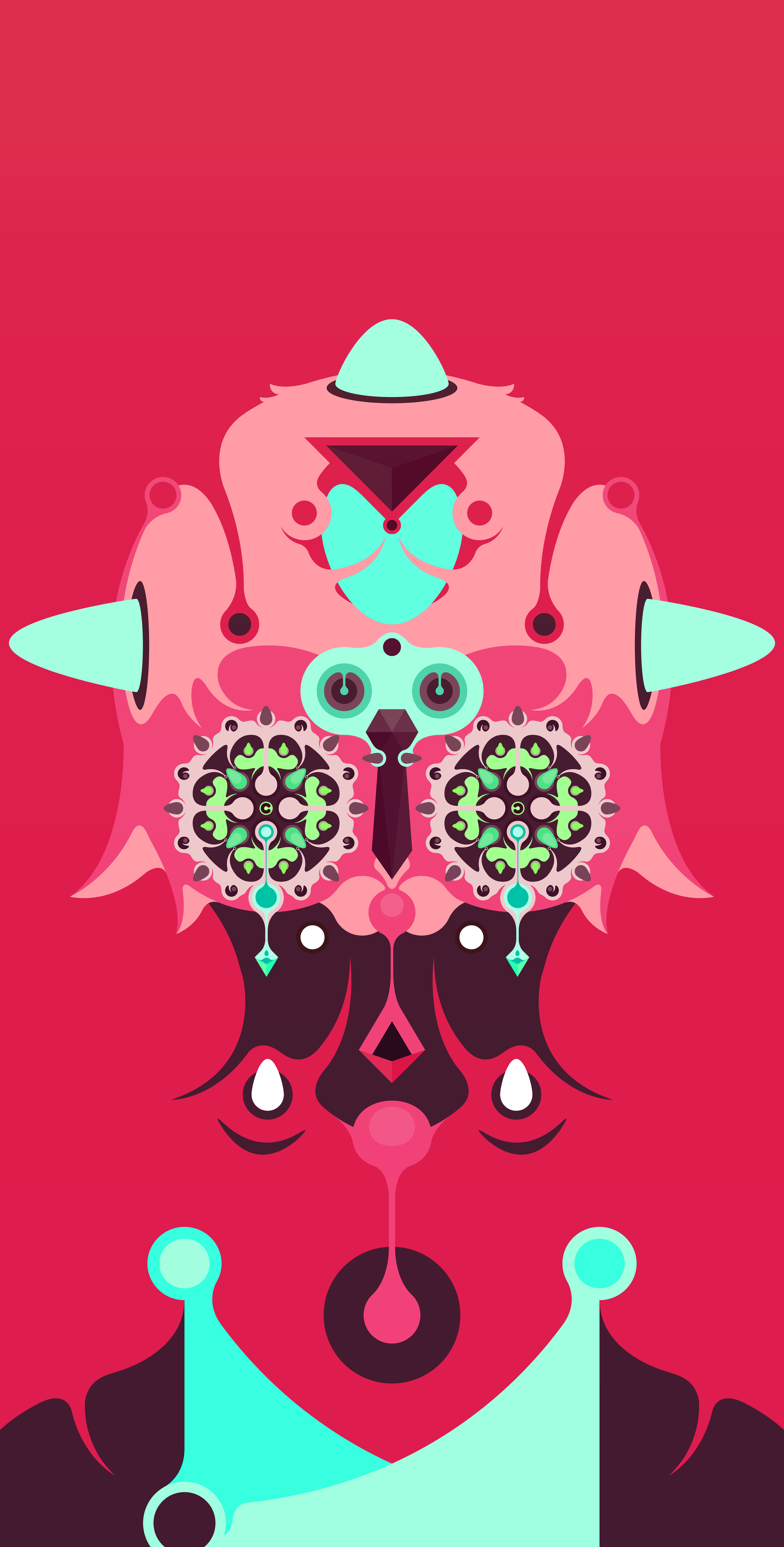 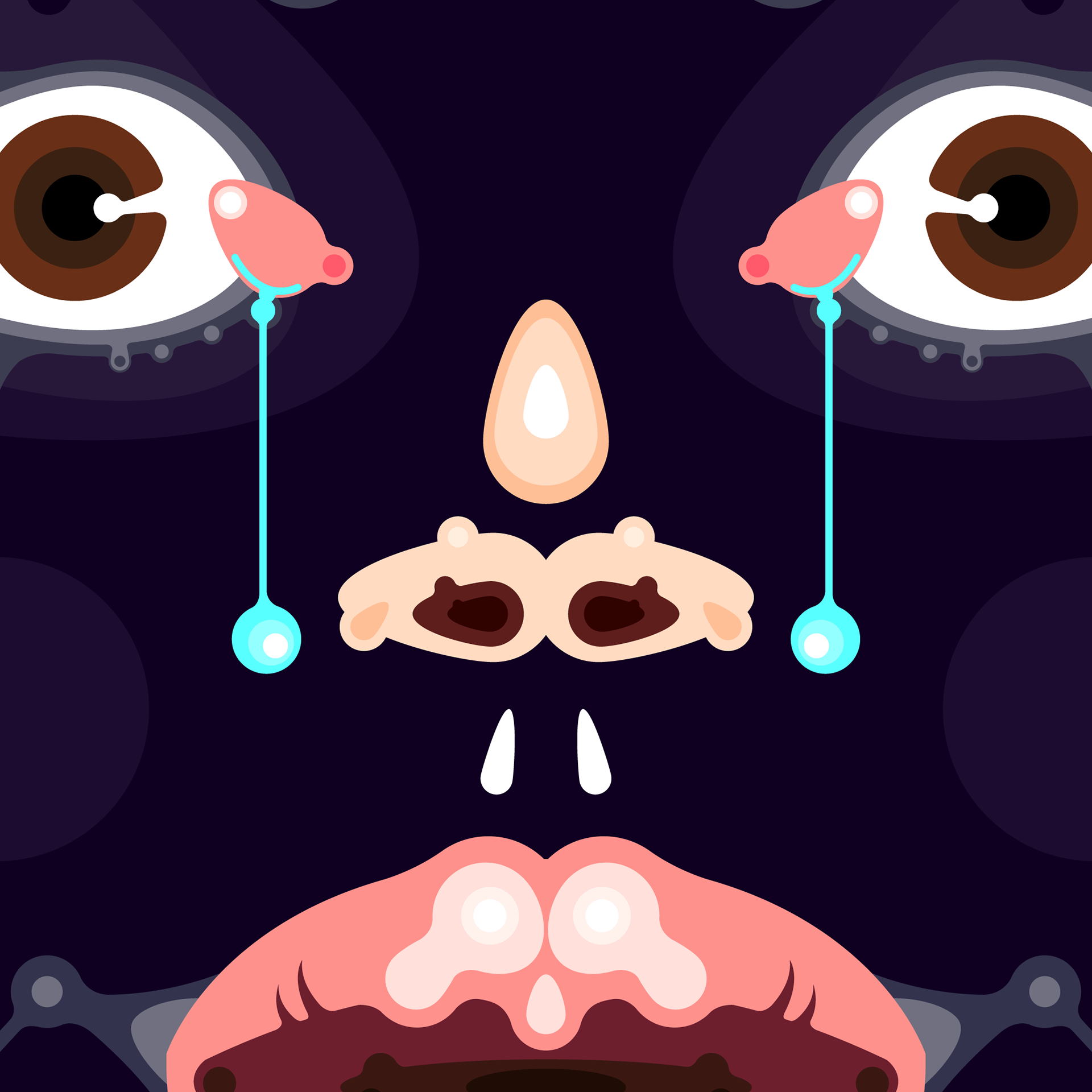 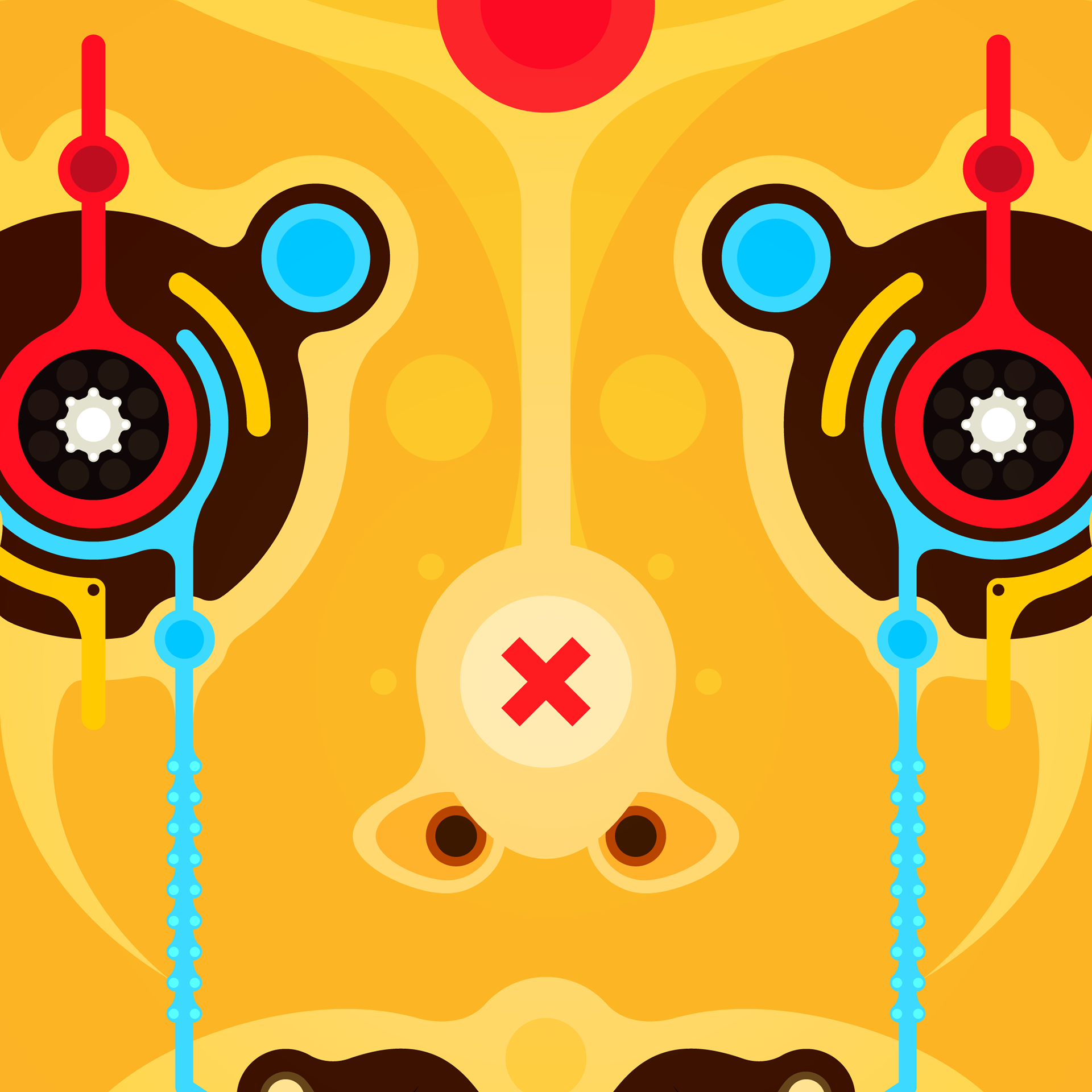 Images digitally created so immaterial and in turn, as present as ideas.
Finally, the text as a relief to this type of harsh tasks: 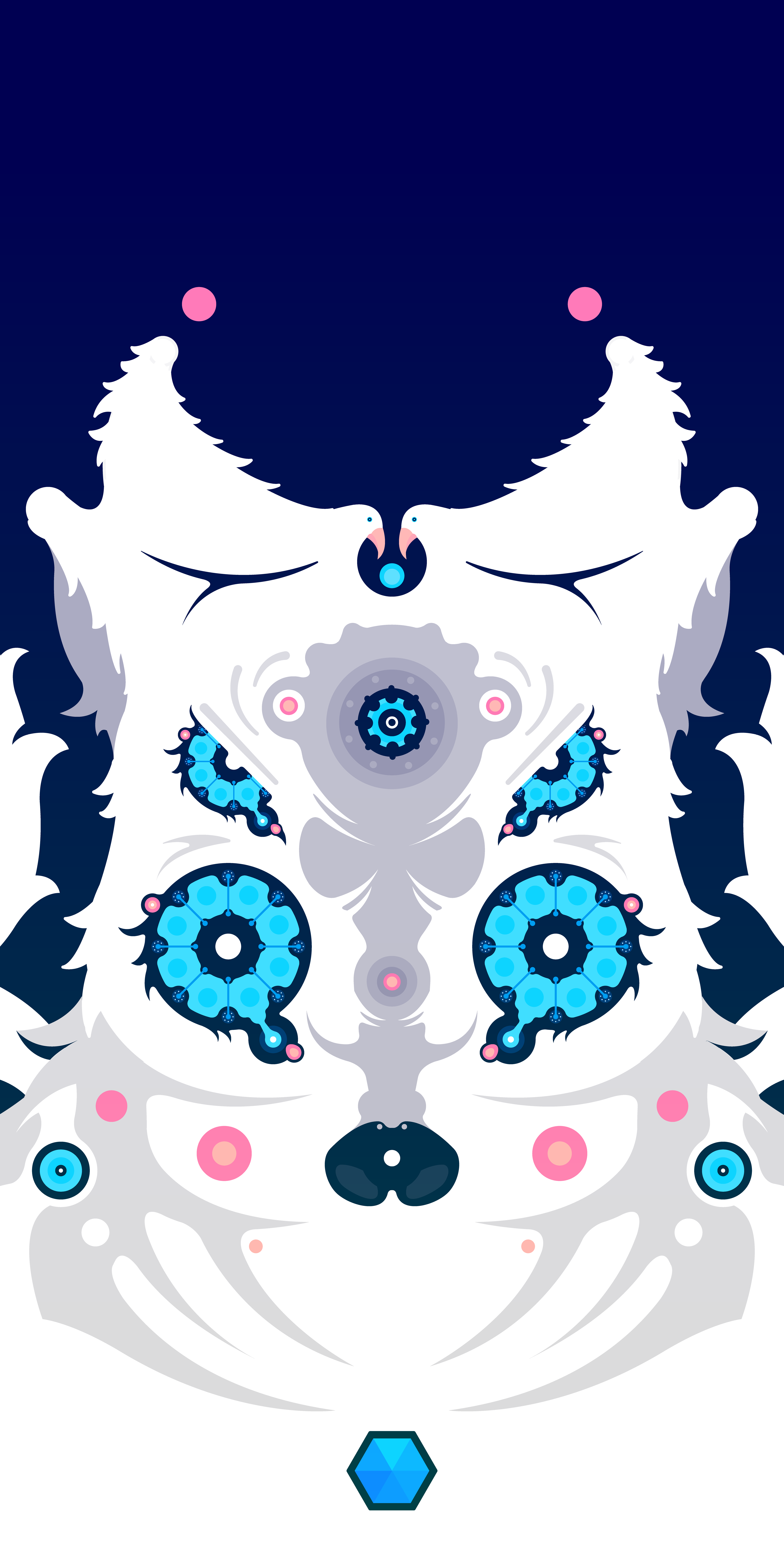 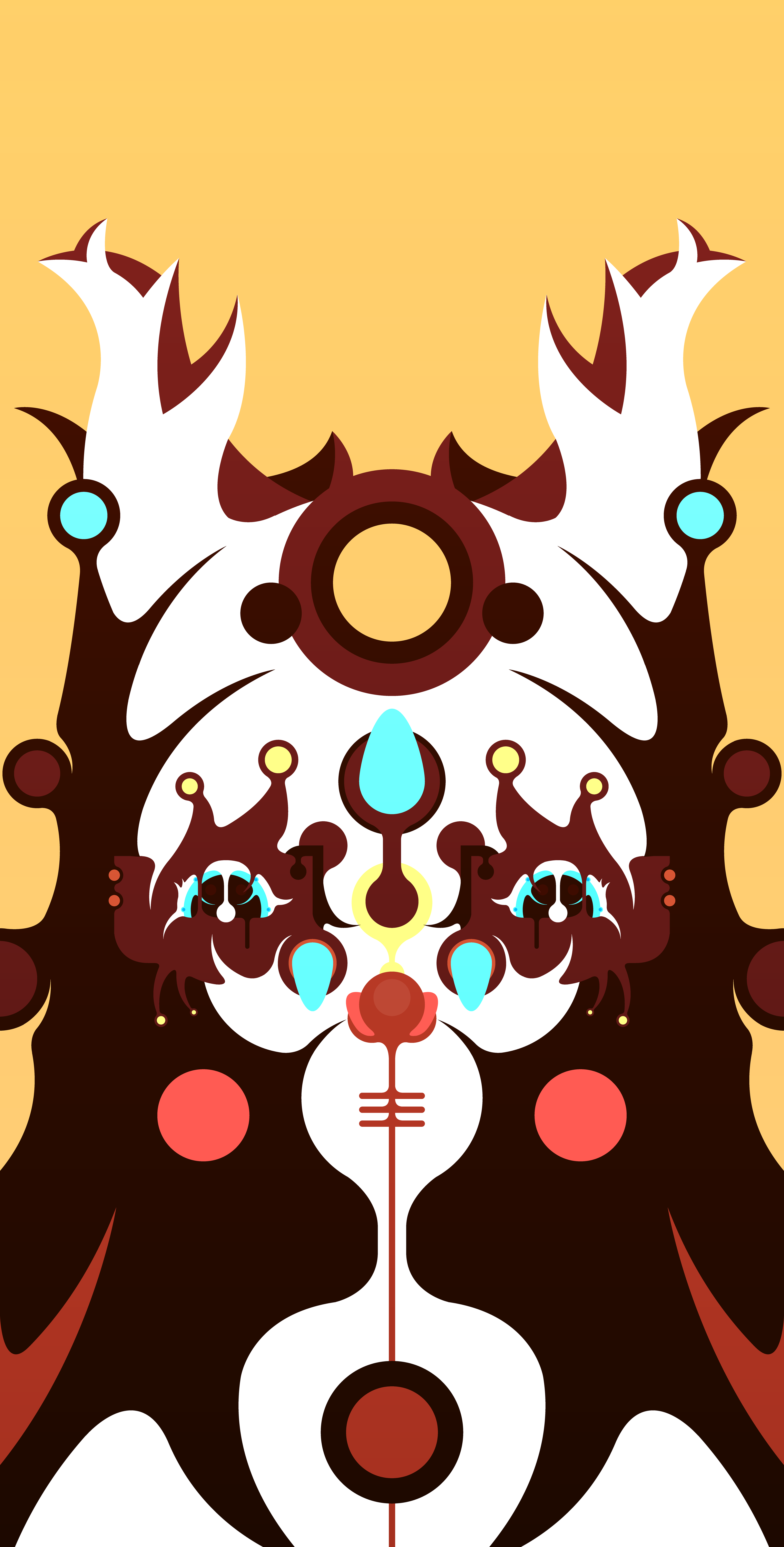 M38
Her hair flows into threads
that pass stealthily
for each of my joints.

Little by little they roll in my throat,
squeeze my lacrimals
and they distill sweat from my hands.
They contract the muscles of my legs.
I feel suffocatingly illuminated.
I turn to the image and likeness of Phobos.
2012
This work belongs to my first solo show
at Pobre Diablo, Quito - Ecuador 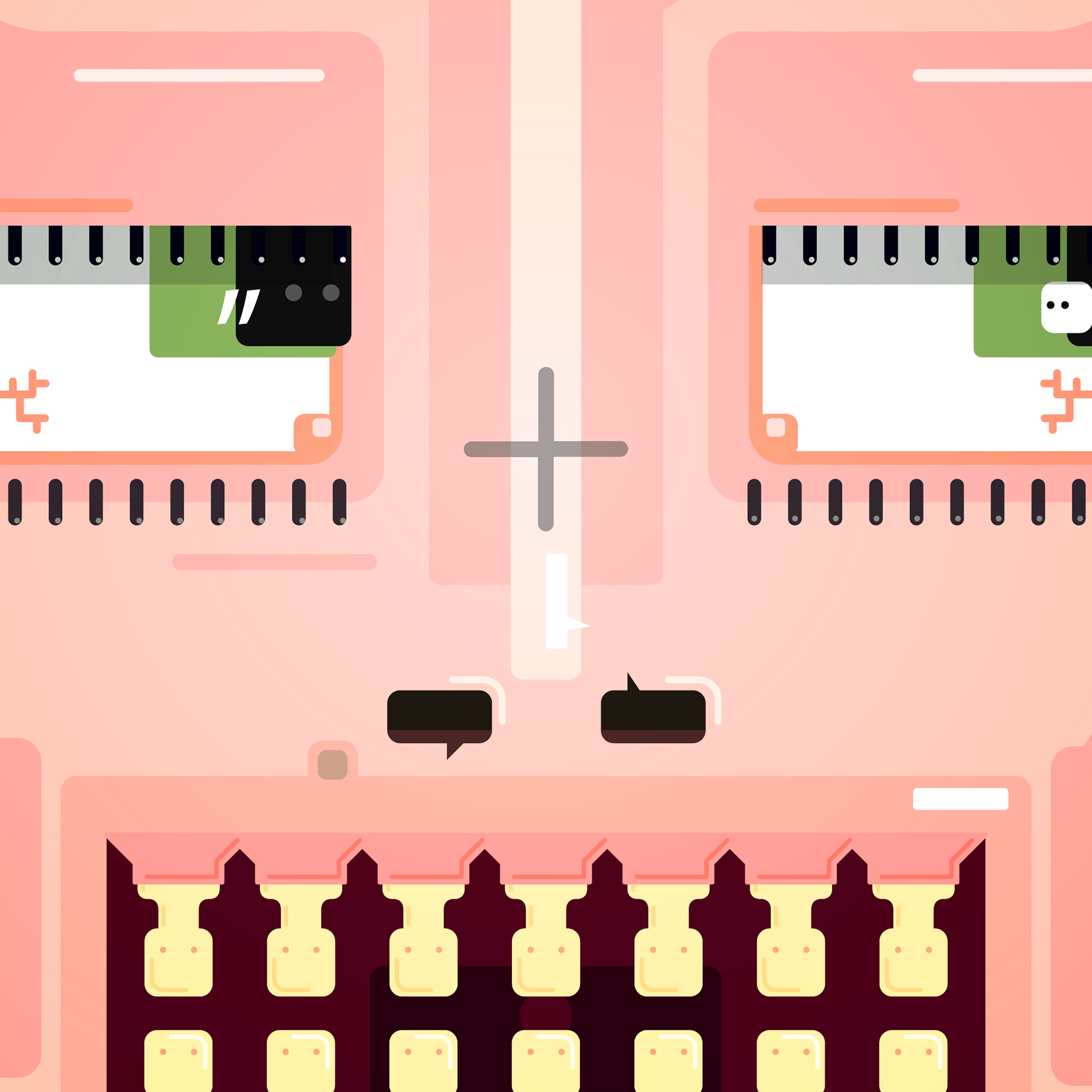 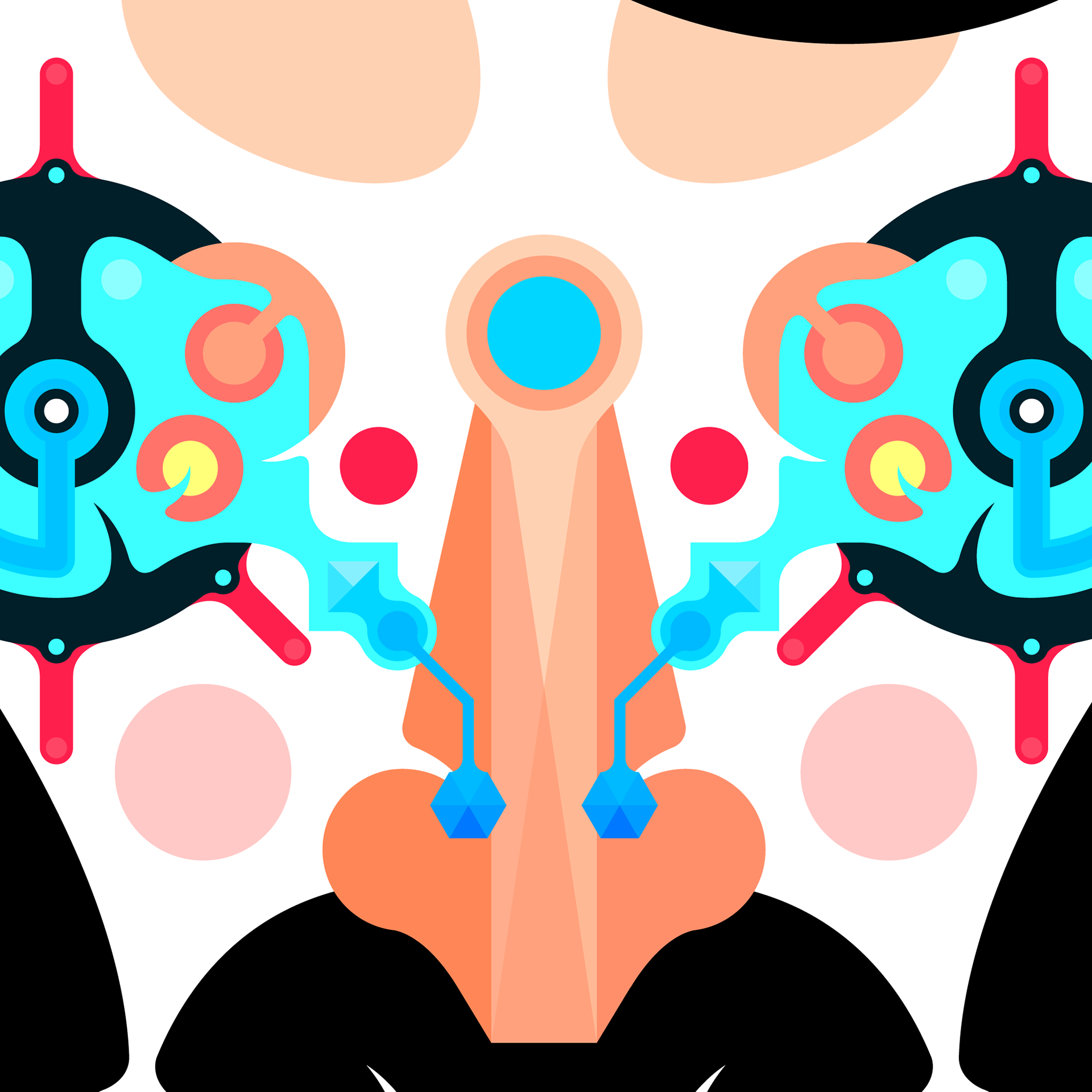